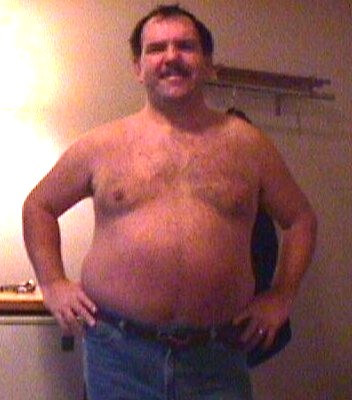 Some pictures aren't worth a thousand words

Ahhhhh, the old days. Back when things were so much simpler. Less technology we've developed to deal with, less time it took to just post a guy on the main page. Back prior to our first conviction in June of 2004, we posted a lot of individuals in rapid succession. Of course, prior to our first conviction, we didn't have the reputation and the proof that our evidence would hold up in court. Hence, there were no law enforcement to take it to as there is now. So we'd post right to the main page.

The jleno9 chat-log is definitely "old school." He got told he was going to be posted (That doesn't happen anymore) and it's a, compared to today's posted chats, relatively short chat. Still, this chat was enough to find James Leonard guilty in multiple legal proceedings. First with his challenges against being fired as a teacher and now the long-awaited court case. Leonard took this one all the way to trial, arrogantly refusing to ask for a plea deal. That alone makes James unique, however he's not unique when it comes to the end result: Conviction.

The worst thing for the James Leonard's of the world now? They'll never get to see us coming again and all of them get arrested.

A bit of framework:

James Leonard found me in the Chicago-area chatrooms during a simple, standard trolling session. No GMB, no organized site event. Just me, out in the rooms, scattering chum in the waters and seeing who'd pick up the smell of blood and swim up for a nibble.

Almost immediately, Mr. Leonard revealed himself to be a groomer of the most nefarious intent. He pushed hard for the real-time meet. He sent me nude photos of himself. He offered to take nude photos of me.

And...He revealed that he was a high-school teacher.

Like Brian "pbass1957b" Graves before him, and Joseph "jubjub970" Kinney to come, he was a teacher. An educator. Someone parents in his district trusted with the instruction, care, and well-being of their kids. And, like the others, he was someone all-too-ready to violate that trust to get his own revolting desires met.

So, I did what I had to do. I chatted him up, and got enough out of him to qualify for the mainpage. Red Baroness verified his cell, and his home phones, and I posted him.

Wait, what? Since when do we do that? Well, we don't anymore, certainly. Now, we're a well-established and well-oiled conviction machine. A trusted resource for law enforcement and prosecutors. Nowadays, we gift-wrap evidence in an air-tight bundle, and drop it neatly on the desks of detectives and attorneys who take our courses to court, and get slam dunks in front of judges all over the country.

But James Leonard was different. Out chat took place in October of 2003, when I was still a green, wet-behind-the-ears noob. In those days, we were primarily a public pillory, working TOWARDS being the resource for law enforcment and courts that we are today. But we weren't there then. Not quite.

So, after posting Mr. Leonard's file, Frag (not even yet a contributor at that point, much less the rock of an Admin he is these days) took point on Leonard's followup. Leonard was quickly identified, and made to feel deep shame and regret for his actions...Even going so far as to write a Right of Reply apologizing for his solicitation.

But then the storied shit hit the proverbial fan.

Mr. Leonard's former employer, Amos Alonzo Stagg High School in Palos Hills, IL, caught wind of his transgression. Obviously, a potential predator in a High School is a situation that needs immediate and decisive attention. And so, Mr. Leonard was fired. Shortly after that, the local constabulary was alerted, and he was also arrested and charged.

Red Baroness and I first faced him in court in February 2004 at the Administrative Law hearing regarding his dismissal from the school district. He had appealed the decision, and had decided to fight. He didn't do it, he'd said...The photos had been stolen from his desk! He'd been framed! It wasn't him!

Uh, huh. Even as far back as 2003, we'd heard it all before. And after we gave our testimony, the AL Judge didn't buy it, either. She ruled against him. His dismissal was upheld. Hurdle 1 was cleared.

After that, as we moved toward the criminal proceeding, things got a bit more complicated. His attorneys filed motions. He pushed things back, threw monkey wrenches, undertook lengthy legal acrobatics, and fancy dancing.

But we finally met again, this time in June of this year, for his criminal trial.

Leonard and his attorneys had opted for a bench hearing over a jury trial, very likely realizing what little chance they had defending Mr. Leonard, a former High School teacher, against an accusation of solicitation of a minor in front of a jury.

It was the last legal trick they would try. And in the end, it just as effective as the rest of them. That is to say: Not at all.

On July 7th 2006, atfter a nearly three-year legal fight, Mr. Leonard was convicted in Illinois court of the charge of Use Of A Computer to Sexually Solicit a Minor Person. Because he fought rather than accept a reasonable plea bargain, he will now have to register as a sex offender for the next ten years. He also faces up to five years in prison for his crimes. It is an immensely satisfying outcome of one of the longest ongoing cases Perverted-Justice.com has been involved in. It is especially sweet considering the overall age of the case...And the fact that we, relative to the undeniable chain of evidence we now preserve due to massive adaptations of our techniques and protocols, had very little to work with when it came to evidence. If ever a predator were to escape conviction, It might have been Mr. Leonard. Not because he was any less guilty, but because we had many fewer ways to prove that relative to now.

So, let that be a warning to any and all predators. If a three-year-old file can result in a conviction, a file from an age where we had one-TENTH the evidence-collection ability we now have...You're even more doomed than you've EVER been if you DARE try to solicit a child for sex.

I want to thank many, many people for their help in forcing this dangerous predator to face justice. First, my lovely wife, constant verifier, and kick-ass contrib in her own right, Red Baroness. Your verification and testimony helped put this man behind bars where he belongs. You are my whole world. To Frag...This case is so bloody old that Frag was an excellent follw-upper when it happened. He's since risen through the ranks to contrib and eventually admin because of the same smarts, toughness, and dedication he showed when working on the Leonard case. Bravo. To Det. Dennis Pratl of the Orland Park Sheriff's Department: Your tireless tenacity from arrest, through forensics, through testimony to prosecution has been stellar, and I am proud to call you my friend. To Bob Schwartz, Assistant State's Attorney of Cook County, IL, You saw this through to the bitter end, and we are in your debt. And to The Honorable Judge David Sterba - Thank you for seeing that this man's actions were dangerous enough to warrant his punishment, and taking the necessary action. You are all my heroes.

Predators...BEWARE. You are NOT SAFE.

This is our 66th conviction since June of 2004 and our 26th conviction for the year 2006 thus far. This case was previously, our longest in the court process, logging nearly three years of legal action. Now that it's over, we have yet another strong illustration of just how little chat it takes to get a conviction.

As well, its also another illustration of how stupid it is to fight our evidence. It was dumb in regards to cases built back in 2003, in our infancy, and it's even more stupid now that we're the well-built and efficient conviction machine we have become.
Conviction Counter
Number of predators convicted due to
Perverted-Justice.com since June 2004: